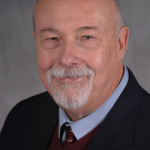 Dr. Rasinski has written over 200 articles and authored over 50 books & curriculum programs on reading. He is author of the best selling book on reading fluency: The Fluent Reader and the award winning fluency program: Fluency First.

He is a hugely popular national speaker on literacy education and the struggling reader and the winner of many national prestigious awards. Tim and psi’s School Improvement Team collect, analyze and report academic student progress collaborating with other psi Experts in mathematics, instruction and school climate to support client schools, helping them improve test scores and academic performance.

Dr. Rasinski is a Professor of Literacy Education at Kent State University. His research on reading has been cited by the National Reading Panel and has been published in journals such as Reading Research Quarterly, The Reading Teacher, Reading Psychology, and the Journal of Educational Research. 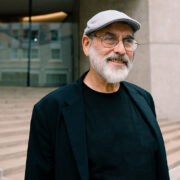 Izzy Kalman is a luminary in the field of bullying, globally revered.  He has been changing the way the world understands and deals with bullying, exposing the problems with the predominant legalistic approach while promoting a more psychologically valid one. His work has been featured in major media, including the New York Times and Good Morning America.

Without concern for profits, Izzy has continued to challenge the massive anti-bullying industry while disseminating the Kalman Method, also known as Bullies to Buddies, which actually saves schools money. Rather than trying to eradicate bullies, Kalman focuses on teaching people how not to be victims. When victims are armed with this knowledge, bullies seem to miraculously disappear, like sharks with no prey. Furthermore, Izzy does not differentiate between “bullies” and “victims.” Every child deserves to learn how to defuse hostility and to be socially successful, skills that will help them for a lifetime.

We at PSI were so impressed with the simplicity and common sense of the Bullies to Buddies™ program that we had to make it our own. We have partnered with Izzy Kalman and Cleveland State University to bring this program to the thousands of students that PSI serves. 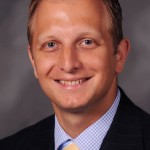 Frank can train your staff to use evidence-based techniques enhancing academic, behavioral, and social outcomes.

Exceptional schools maximize academic performance, interventions and behavior with the use of RTI and PBS.  Accountability systems such as state report cards can be used as part of an RTI and PBS delivery system. As a well-known author, popular speaker and school district consultant, Dr. McNamara is always in demand as a national expert on these important topics.

Kathy provides the initial training with follow-up services provided by psi to ensure the appropriate and effective implementation of both RTI and PBS programming.

Dr. Scott Poland is an expert on school violence. He is a highly praised speaker who has been called to consult at major school violence incidents such as Columbine and Red Lake as well as an expert witness before Congress and on many news broadcasts such as CNN, ABC, 20/20, etc.

Danger and tragedy can occur without warning at any school. How can administrators and staff cope when parents and the community look to them for answers? 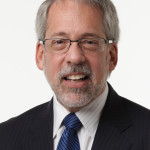 A sudden crisis has developed and the media are at the door. Phones are ringing! What to do when a “no comment” will only make things worse? Bruce Hennes, with vast experience in crisis communications, has many helpful ideas to aid schools and organizations plan for emergencies before they occur. With instant digital communication now the norm, the smart way is the only way.

Lori’s passion is engaging her students through neuroscience in education, integrating Mind Brain Teaching and learning principles and strategies into her workshops. Lori has conducted workshops throughout the United States and Dubai. She has published articles in Utopia, Brain Bulletin, Brain Research Journal and the Mind Body Spirit international magazine.